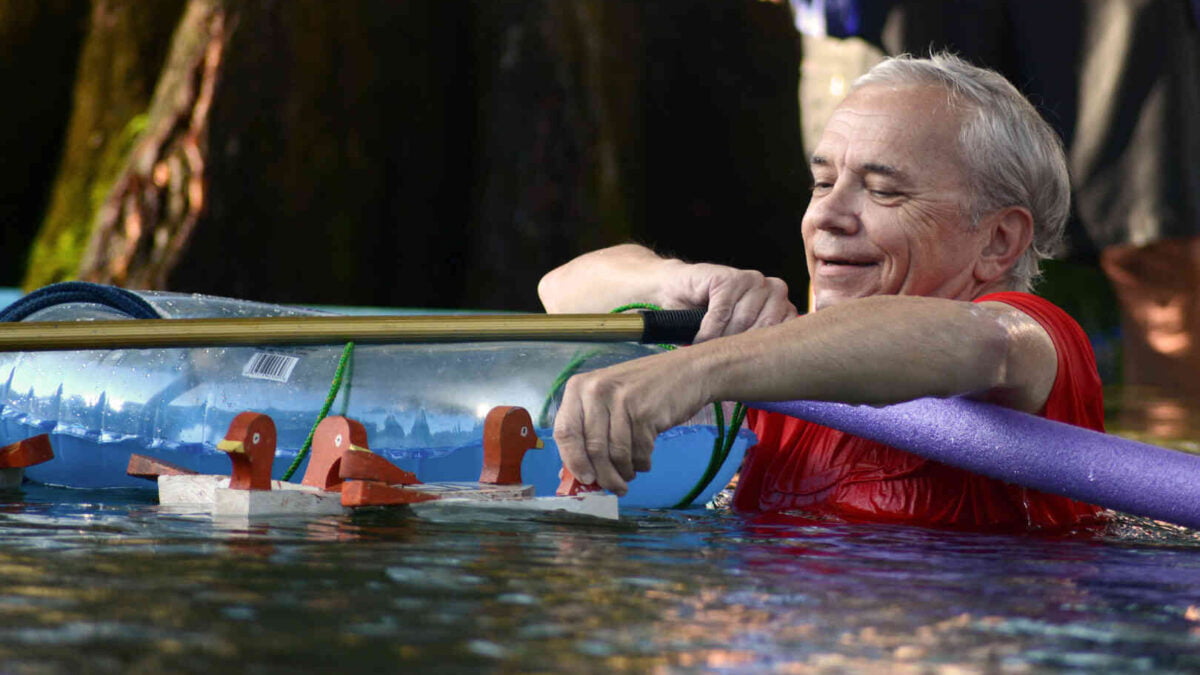 Jeff Buchko helps a duck get around the bend of an anchored inner tube that was used to hold the duck race lane relatively in place during the Dunnellon Duck Race on September 26, 2020. After serving on the board of directors of the Dunnellon Chamber & Business Association since 2018, Buchko will be stepping into the role of executive director to replace Julie Mancini in the role as she steps down to work more on her photography business. 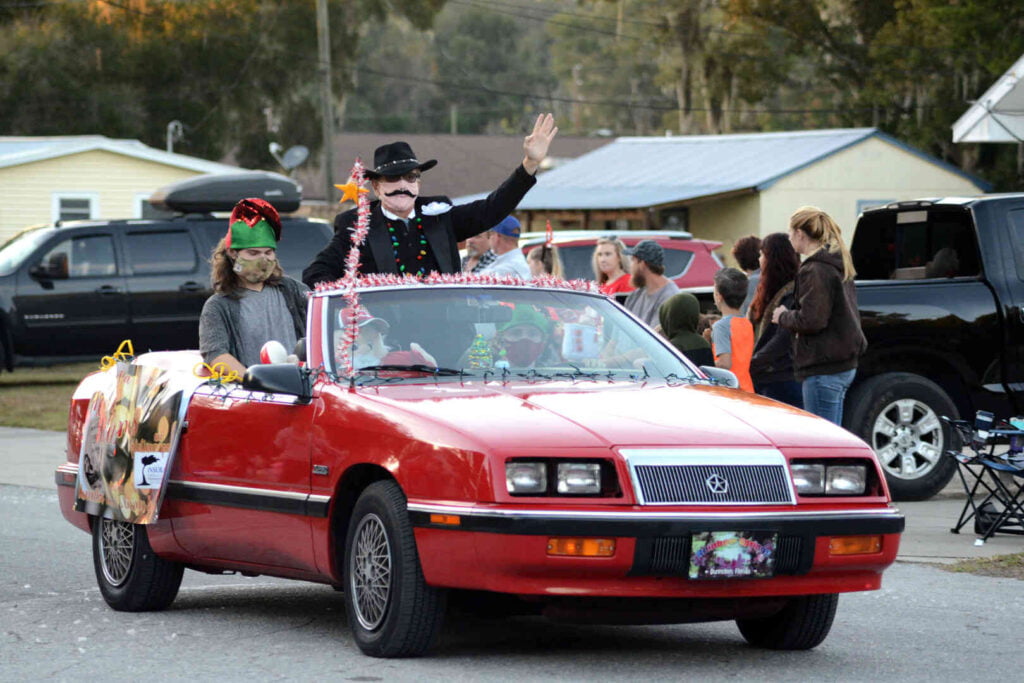 The 2020 Dunnellon Chamber parade entry featured Dunnellon’s founder Albertus Vogt, played by board member Jeff Buchko, alternatively waving to the crowd and tossing a piece of phosphate up and down. Buchko recently accepted the position of Executive Director of the Dunnellon Chamber & Business Association. He began training with current director Julie Mancini, who is stepping down to focus more on her photography business.

As I celebrated my four-year anniversary as the Dunnellon Chamber & Business Association Executive Director on Tuesday June 1, I was up early because I had been assigned to jury duty, and I had a lot on my mind. Lately, I spend a lot of time having a lot on my mind.

When I started my tenure at the DCBA, I always said that I would continue to do my best here until the “next right person came along.” After a while, I began to wonder if that person was out there.

Recently, I asked the board of directors if they could look a little harder for that right person because I was very tired. I had been working (and worrying) pretty hard about our community’s businesses who had to first deal with the pandemic and then, as they fully reopened, deal with a shortage of employees. Then, in my own business, I was also dealing with a very full schedule of photography because everybody who could not get married in 2020 due to the pandemic decided that 2021 was the year to get married.

Last week, the right person came along! Actually, he has been nearby for some time now. His name is Jeff Buchko, and I already know him well enough, and I am sure many of you do as well, to know that he is truly the “next right person.”

Jeff Buchko has been in the Dunnellon area since 2016, and very quickly became involved in the community. Originally from Uniontown, Penn., he officially worked as the portfolio sales and marketing manager for HDG Hotels of Ocala, which owns our local Comfort Suites. This followed a decades-long career in other positions related to hospitality and tourism, including 16 years with IMIC Hotels of Columbia, SC with the majority of that time in the role of Vice President of Hotel Operations & Sales. In his spare time, Jeff was volunteering and attending local events, often with his two boys.

Buchko joined the DCBA Board of Directors in 2018, and has been extremely helpful during his tenure on the board, responsible for more than a dozen partnerships with local businesses. In addition to the new members, he has helped out at almost every Chamber event that has been held in the past three years, and countless other community events. 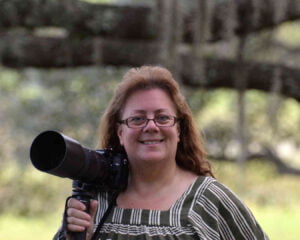 Julie Mancini, who served at the Dunnellon Chamber & Business Association executive director since June 1, 2017, will step out of the role to devote more time to her photography business.

I know there are a lot of people out there who love Dunnellon. I’m one of them. Jeff is one, too. So much so, that he has no problem dressing up as Albertus Vogt to ride in the Christmas Parade. He has the signature Vogt mustache on the license plate on the front of his car. And he just may know whose feet are posted at various Dunnellon locations on the @dunnellonphospheet Instagram page.

If you’d like to meet our next director Jeff Buchko, please reserve your spot at the DCBA’s next monthly dinner mixer at Holy Faith Episcopal at 5:30 on June 22. Southern Palate Restaurant & Catering will be serving us. Dinner is $12 in advance and $

15 at the door, if we don’t sell out in advance. Please call or visit the DCBA office at 352-489-2320 between 9 and 3 if you have any questions. Link to pay for dinner: https://www.paypal.com/cgi-bin/webscr?cmd=_s-xclick&hosted_button_id=LRP5PBTAXPQCJ