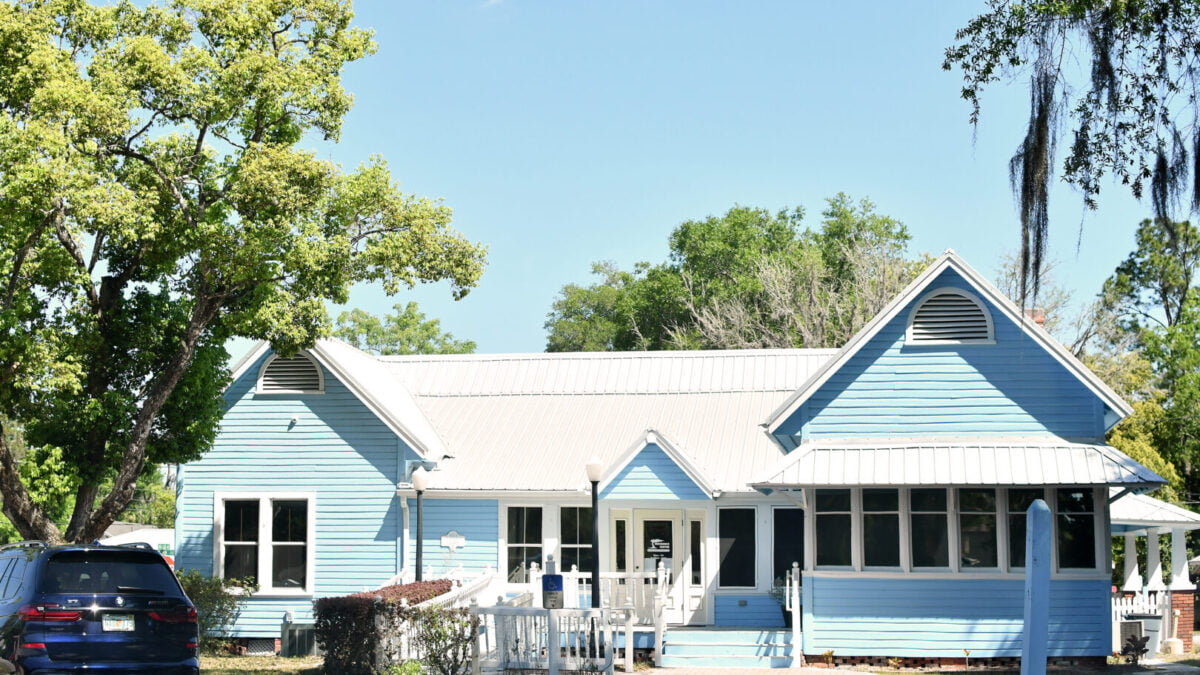 Insurance Centre of Dunnellon, located on W. Pennsylvania Ave. in the blue and yellow building is one of the nicest looking buildings in the historic district. It is part of Bird Insurance Group. Owner, David Bird, was quick to say that not everybody likes to think about insurance, even though it is necessary. He likes to be able to help people with something that is sometimes difficult and not easy to understand.

Bird himself comes to the insurance profession through family ties. After considering an agriculture major in college, he worked as a claims adjuster for Nationwide and also worked for his father Steve, who has owned an insurance office for over 40 years.

“The mission of [Bird Insurance] is to provide the insurance protection our clients need by offering quality products, excellent service, and guaranteed value. We are committed to finding the best insurance solutions for you, your family and your business.” 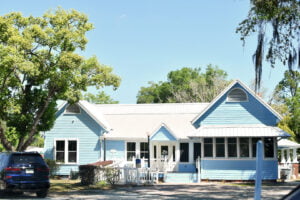 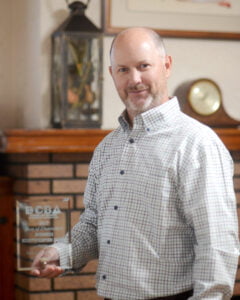 David Bird displays the 2017 Business Beautification Award he received at the DCBA annual awards ceremony in January 2018 as he stands inside his office at the Insurance Centre building on W. Pennsylvania Avenue.

While they’re committed to providing you the very best customer experience, they should also be admired for the incredible job they did renovating their building, which was originally built between 1907 and 1910 by the Edwards family in Dunnellon’s downtown historic district.

In 1910, the house was sold to the Pattersons, who let George Shuman room with them upon returning home from World War I. Shuman purchased the house from the Pattersons in 1923.

Shuman raised his family in the house. He had four daughters, who all grew up in the house. The house remained in the Shuman family for 94 years. The last two decades of Shuman ownership, the building was leased to a physical therapy/rehab center. Eventually it was purchased by Bird in 2017.

The building became part of the National Registry of Historic Places in 1990. The building has undergone renovations over the years, but none quite so involved as the attention it received from Bird. The results are amazing.

The Insurance Centre of Dunnellon is located at 20726 W. Pennsylvania Avenue in Dunnellon.