Simple Resolutions for a Small Town 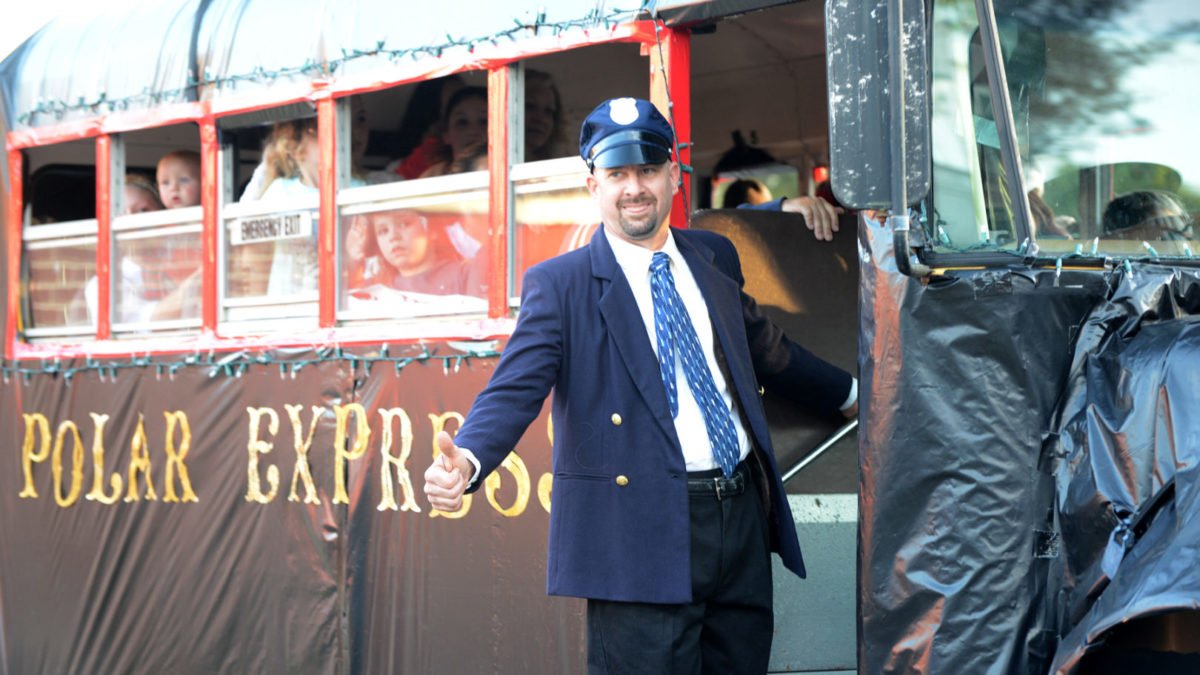 Dunnellon turns into a festival town in mid- to late-October with Jazz Up Dunnellon Music Festival. This is always the beginning of a really busy time when there is too much to do, and not enough of me to go around. It’s when I really have to consider whether cloning would be a good idea. 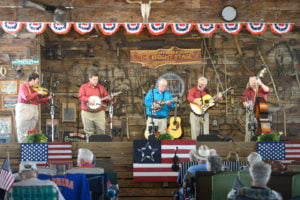 About mid-November is when the choices get really difficult because the events are stacked up two and three each weekend from now until mid-December. What a dilemma to have to choose between the Rainbow Springs Art Festival and the Withlacoochee River Bluegrass Festival. I love both art and music.

Nearing its 40th anniversary, the Withlacoochee River Bluegrass Festival runs from dinnertime (4pm) on Thursday, November 15 through about noon Sunday. You can purchase a ticket for all four days at $60 (gate price), or just attend on a single day ($10 gate price on Thursday or Sunday, $35 gate price on Friday or Saturday). The venue is situated right on the banks of the Withlacoochee River at 19737 SE 127th Terrace, Dunnellon, Fla. 34431.

Plan ahead next year and you can camp out there and buy tickets in advance for a discount. 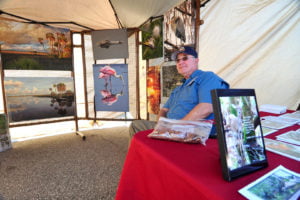 Now in its 4th year, the Rainbow Springs Art Festival is Saturday November 17 from 10-4 in the downtown historic district on West Pennsylvania Avenue and Cedar Street. Nearly 50 artists will display their fine arts and fine crafts in booths along the streets which will be closed to traffic during the event.

People come from far and wide for both of these festivals. Locals who have never been should check out both events.

Spend the week recuperating from the excitement because the following weekend, after you eat your turkey and get whatever taste you desire of the Black Friday madness, you have an opportunity to attend yet another festival, Victorian Holiday. Hosted by the Historic Village Shops of Dunnellon, Victorian Holiday occurs on small business Saturday, so come on out and get into the holiday spirit while you browse our historic downtown gift, antique and art shops while listening to holiday music and maybe even taking a ride in a horse and carriage.

Now in its 19th year, Victorian Holiday boasts Santa’s first seasonal appearance each year. He and Mrs. Claus will be there in their sleigh ready for a photo op. This year, there will be a decorating contest among the historic homes.

So come on out on November 24 from 2 to 8 for Victorian Holiday.

Santa returns the following Saturday morning December 1 for Brunch with Santa at Just a Cupcake Bakery & Café. Reservations are required for this event, which features Santa pancakes and another opportunity to sit on Santa’s lap (in case your little ones were not ready the week before).

At about the same time on December 1 (7 am registration), runners can participate in the 5th annual Ugly Sweater 5K at Blue Run Park. With a record enrollment last year of over 300, the Rainbow River Runners are excited that this year they will be offering finisher medals and team awards in addition to the usual fun.

As if that wasn’t enough excitement for one day, at 5:30 pm on December 1, the Dunnellon Small Town Christmas Parade (which is the biggest parade that ever had the word “small” in its name) will amble through the downtown area towards the Dunnellon Little League Field where Mrs. Claus will join Santa again for photo ops and more celebrating is on tap including kids games, bounce houses, float awards, the lighting of the tree and live entertainment featuring local favorite R-Style. 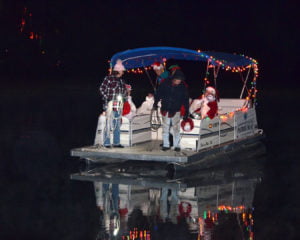 rrive promptly at 7 on a pontoon boat. Children will have an opportunity to have a photo with Santa for $2, and there will be live music and thousands of lights throughout the park. Admission to the park is $2 per person for this event.

To find out more about any of these events, stop into our office or check out our posts about them on Facebook.