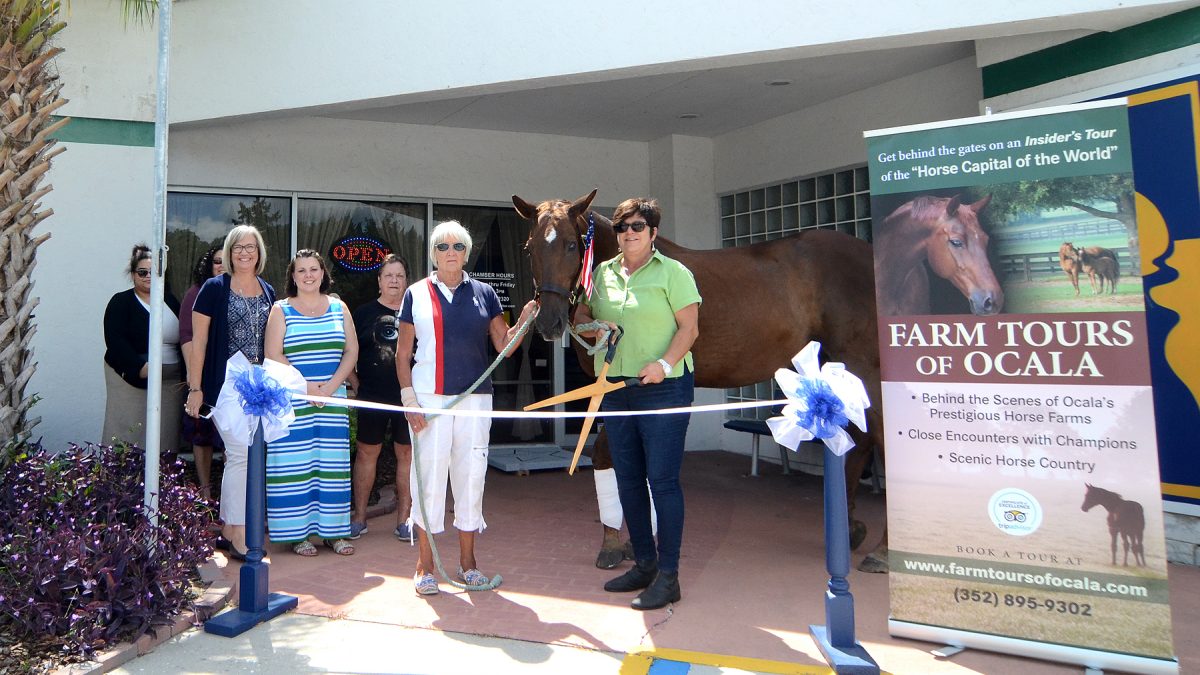 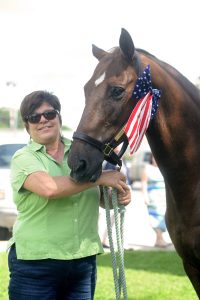 Karen Grimes, a realtor who founded Farm Tours of Ocala six years ago, holds her horse Wesley before the ribbon cutting at the DCBA on June 14. Grimes’s tours accommodate up to 17 people per tour and visit three different farms.

“I love horses for their beauty and their loyalty,” said Farm Tours of Ocala owner Karen Grimes. “They are majestic.”

Grimes has been operating Farm Tours of Ocala for six years. Grimes had been a realtor when the market crashed and she decided to create a new career for herself.

On Mondays through Saturdays Grimes takes up to 17 people on tours of three farms. The tours last 3 and ½ hours, and the tour’s content varies depending on the time of year, but one thing is certain, participants get a behind-the-scenes look at what makes Marion County the “Horse Capital of the World.”

On June 14, Grimes celebrated her membership in the Dunnellon Chamber & Business Association with a ribbon cutting at the chamber office. Wesley, her horse, attended the ribbon cutting too! We learned a little bit about Wesley that day, and horses in general, from Grimes and her two helpers, Diane Ward and Kellye Egan. (Ward and Grimes go way back; she gave Grimes riding lessons when Grimes was growing up in New Jersey; Egan is currently a neighbor).

A horse’s lifespan is about 30 years. An American Thoroughbred weighs about 1000 pounds. Wesley was named after the main character in the movie, The Princess Bride. Wesley, who is 18 years old, has been with Grimes since he was two.

Grimes has also continued her realty career. You can check out her listings on www.ocalahorsecountry.com